How Divorce Affects Your Insurance

An insured we will call Bill and Nancy own 27 cars, a "few" homes, 15 boats, and a lot of other stuff! They are named insureds on everything. Now the kicker...Bill and Nancy are getting divorced! Bill wants his insurance agent to remove Nancy on everything except two autos and a boat. Bill faxes the agent documentation that shows that all the autos are registered to him alone. This is a large and very good account for the agent that Bill controls. The struggle is to keep Bill happy but to act legally and ethically to both parties.

If you are the insured in such a scenario, you should be aware that you MUST, for many reasons, resolve this with your spouse...don't put your insurance agent in the middle of a personal feud. In the example above, he fact that the vehicles are registered in Bill's name is probably immaterial...we suspect, depending on applicable state laws, that an ownership interest exists beyond registration or titling. Most important, since Nancy is a named insured (in this case), she has equal rights under the contract which MUST be honored.

So, HOW the insurance will be restructured is a mutual decision and, like it or not, that's the way it's got to be. There are potentially adverse legal and ethical ramifications if the insurance agent handles this unilaterally with the husband...and the husband could be liable as well.

When this issue was posed to our Virtual University faculty, many who are practicing insurance agents, here are some of the responses we received:

"As an agent, it has always been my policy to NEVER make any changes to a policy when I know there's a divorce going on WITHOUT GETTING THE CONSENT OF BOTH PARTIES. The questioner should start a dialogue with the Mrs. and see what her needs are, and work it out with both of them.

"There can be a big difference in what an agent can legally do when a couple gets divorced, and what the agent SHOULD do. Failing to do all a good agent SHOULD do will dramatically increase the legal exposure to this agent.

"Since Nancy is a named insured, she is owed the same rights as Bill under the policy. The fact that cars are no longer titled in Nancy's name doesn't mitigate the need to honor her rights under the policy.

"As an agent I faced this a lot. The first thing I tried was to contact 'Nancy' and have her come in and sign the endorsements removing her from the policy. I'd provide her coverage at this point too if needed. Then 'Bill' would sign the endorsement request too so that both parties knew exactly what was happening.

"When I was an agent, I never removed or changed the policy during a divorce situation without the consent of both parties. The insured needs to understand that, as a professional insurance agent, I have a duty to BOTH my insureds.

"My procedure is to have both parties sign cancellation requests, preferably witnessed by the respective attorneys. Then I have the previously insured assets insured in separate policies as directed by the divorce decree. The parties should agree to a division of the unearned premium on the old policies. Upon completion of these actions, I send a certified letter to each of the parties (including the attorneys) explaining what was agreed upon and the actions taken. During the divorce proceeding, up until completion of all transactions, I do not take any coverage reduction action without the approval of both parties.

Agents have a good faith duty to both named insureds. They should not limit coverage for someone without that person's express, preferably written, permission. The agent can relay the request to Nancy, but should also advise her of the coverage implications of removing her name.

"Bill being the only name on the title doesn't mean he's the sole owner of the property, especially in community property states. So, even after they have been issued their own policies, until there's been a property division approved by the courts, each should be named on the other's policies as additional insureds. That way their interest in the property is protected and notice of cancellation is sent if the policy is cancelled. It's very important that all policies have both names on them. Otherwise there could be some serious coverage gaps for the unnamed spouse."

Five Insurance Mistakes to Avoid... (and Still Save Money) 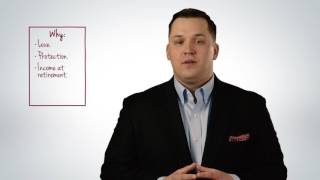 Term Life Insurance Is Way Cheaper Than You Think!

Had an Accident... Now what?

Not Your Grandfather's Life Insurance

The RV Show is Coming to Town 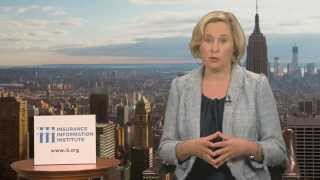 FOUR KEY WAYS TO PREPARE FOR A DISASTER

Five Insurance Mistakes to Avoid... (and Still Save Money)

What You Don’t Know About Renters Insurance

How Divorce Affects Your Insurance